18 year old, Claudia Leon Martinez is a professional kiteboarder from Spain. But that’s too modest for her talents as she’s the 4x junior world champion and came 6th in the 2019 world tour! She regularly kitesurfs here in Tarifa, but her favourite kitesurfing spot in the world is Brazil’s Cauipe Lagoon, as she think they have the perfect conditions for freestyle. Find out more about Claudia via her Instagram Stories where she answers some questions from Duotone Kiteboarding.

Julia Castro’s kitesurfing career has been an impressive one for sure. At only, 26, Julia has been named 3x Wakeboarding Spanish Champion (2017, 2018, 2019);  Vice Kite Park League Champion 2018 and 7th Wakeboarding World Championships 2018. Julia discovered kitesurfing after suffering a knee injury during her athletics practice in 2011. Her passion or kitesurfing was cemented at the Spanish Championships in 2012, where she placed 3rd in Freestyle and in Waves. Check out her inspirational Instagram Page, Fuerte Julia or find out more about her via her website here.

Nina Font Castells is a super talented, 18 year old, kitesurfer from Spain. She’s relatively new to the kitesurfing scene as her debut was at Cumbuco in 2019. That’s not stopped her from winning a  Silver Medal in the Youth Olympic Games though! Her kitesurfing career looks promising so she’s sponsored by Duotone Kiteboarding professionally. Check out her Instagram page to follow her kitesurfing journeys around the world.

Rita Arnaus, 24, is a professional kiteboarder from Barcelona, Spain. She’s been kiteboarding since 2012 and competing professionally since 2014. Since then Rita’s had a widely impressive kitesurfing career, most recently coming 4th Overall in the Freestyle World Tour 2019. Rita says: “Kiteboarding has definitely taken over my life. The sport means a lot to me and my main motivation is to keep making it bigger by showing people how amazing it is, competing to compare my kite skills with the other girls and get the chance to travel around the world!” Find out more about her via her website or check out her Instagram Page here.

Carla Herrera grew up in Toledo until moving to Conil de La Frontera, Spain, where her love for the sea began. She started kitesurfing in 2014 before competing here in Tarifa in 2017, in the men’s competition (as there was no competition for women then!), and managed to make the qualifiers. She’s come a long way, being named GKA Kitesurf Strapless World Champion 2019 and Vice World Champion GKA 2018. Her Instagram feed shows off her awesome tricks in the water, so follow her practice there or find out more about her on her website here.

Let us know who are your favourite Spanish female kitesurfers. Maybe you haven’t read yet our blog post about the women’s kiteboarding collective. If you want to know more about this global organisation click here. 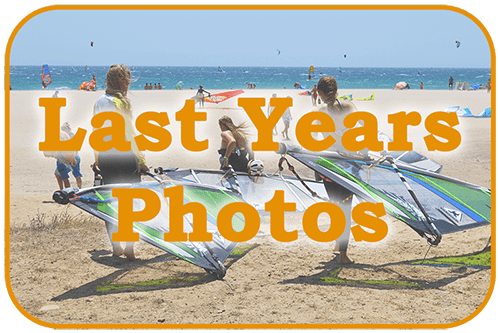